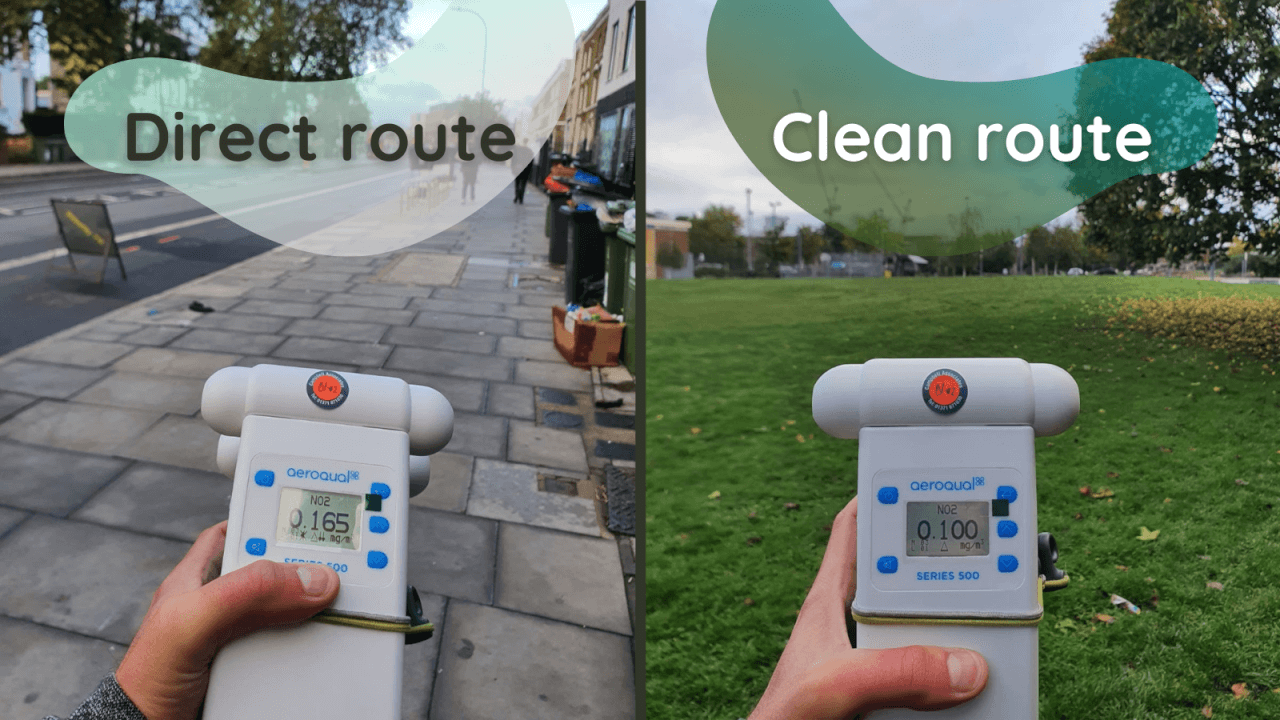 Using portable Aeroqual monitors, the team are measuring levels of nitrogen dioxide and particulate matter along the Clean Air Routes. These will provide an alternative to main roads and areas with poorer air quality, allowing people to enjoy a cleaner and less stressful journey.

We will be sharing the results towards the end of November and the new routes will be available on CRP’s Clean Air Route Finder very soon. Be sure to follow us on Twitter for the latest release and share the #CleanAirRoutes you use!