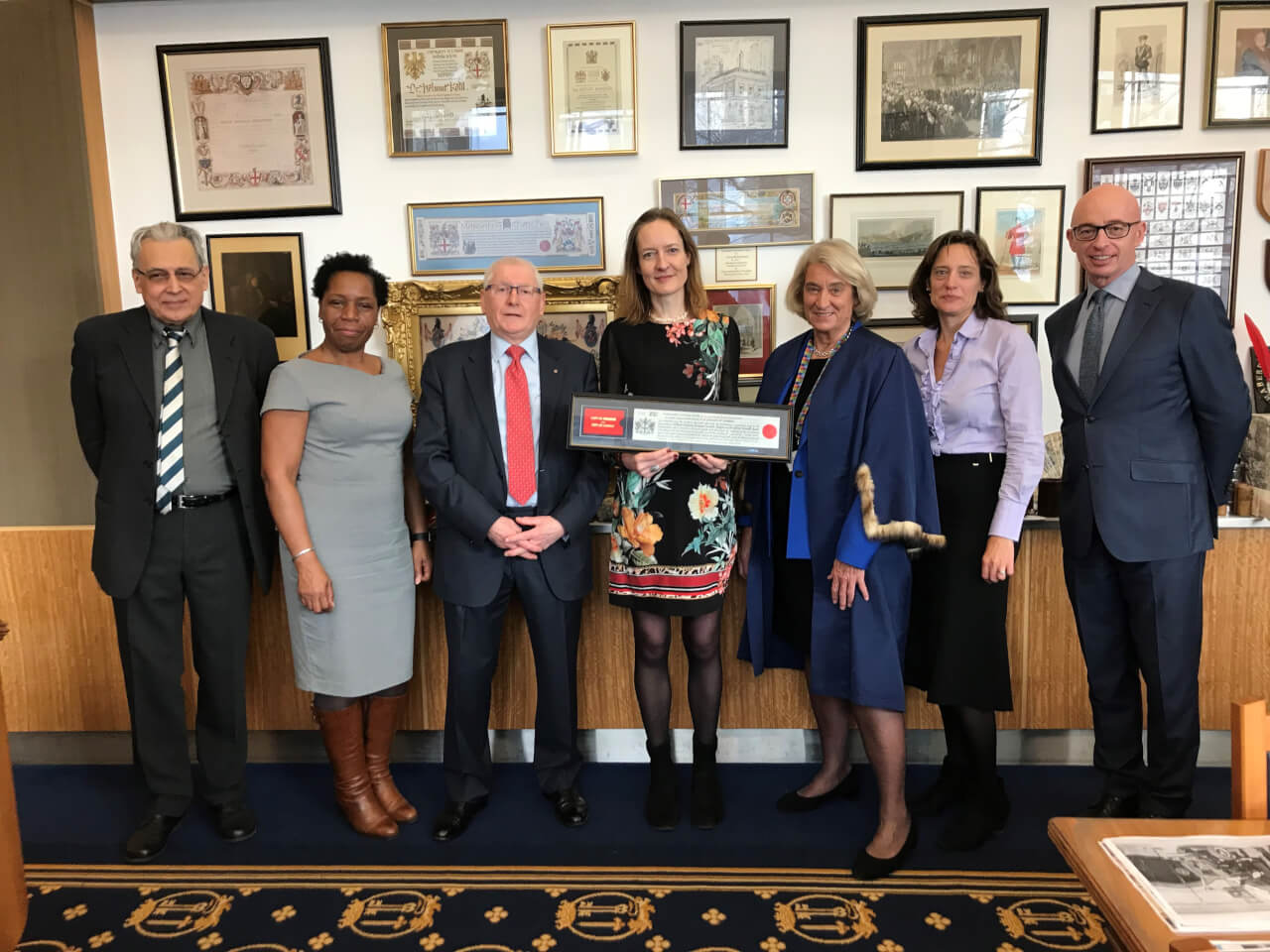 CRP’s Susannah Wilks was extremely pleased to receive her Freedom of the City award at the City of London Corporation’s Guildhall this month.  She was nominated for the award by the City’s Councillor Wendy Hyde, and seconded by the City’s Leader Councillor Catherine McGuinness. The nomination coincided with the centenary of the first women securing the right to vote in the UK. The ceremony was attended by current and past active supporters of CRP. What an honour!