Back to main map Back to Hackney

In the London Fields area, we know that levels of non-local through-traffic are at times too high.

We have therefore introduced a type of road closure, known as a traffic filter (planters or bollards on the road, which prevent motor vehicles from passing through), at the following locations:

The filters were introduced on 7 September 2020 using an experimental traffic order for a maximum period of 18 months.

In addition, following in-depth workshop discussions with local residents in the London Fields/Richmond Road area, where they raised concerns about fast vehicle speeds, non-local traffic, unsafe conditions for walking and cycling and expressed support for strategic closures to limit rat-running traffic, we have implemented the following additional measures, which complement the filters in the A10 area and help to create a low traffic neighbourhood:

To support these measures, a banned ‘right turn’ from Greenwood Road into Graham Road has also been introduced. The existing banned left turn from Mare Street into Richmond Road will remain in the first instance. However, it will be removed once the traffic flow in the area has reduced to an acceptable level as a result of the new measures.

All of the filters mentioned above will encourage walking and cycling, promote social distancing and reduce non-local through-traffic on these streets.

If you are a resident or business in the area and you have a motor vehicle, you are still able to drive to your home or business, but this may be via a different route.

Cyclists, emergency vehicles and refuse vehicles are able to pass through the traffic filters. 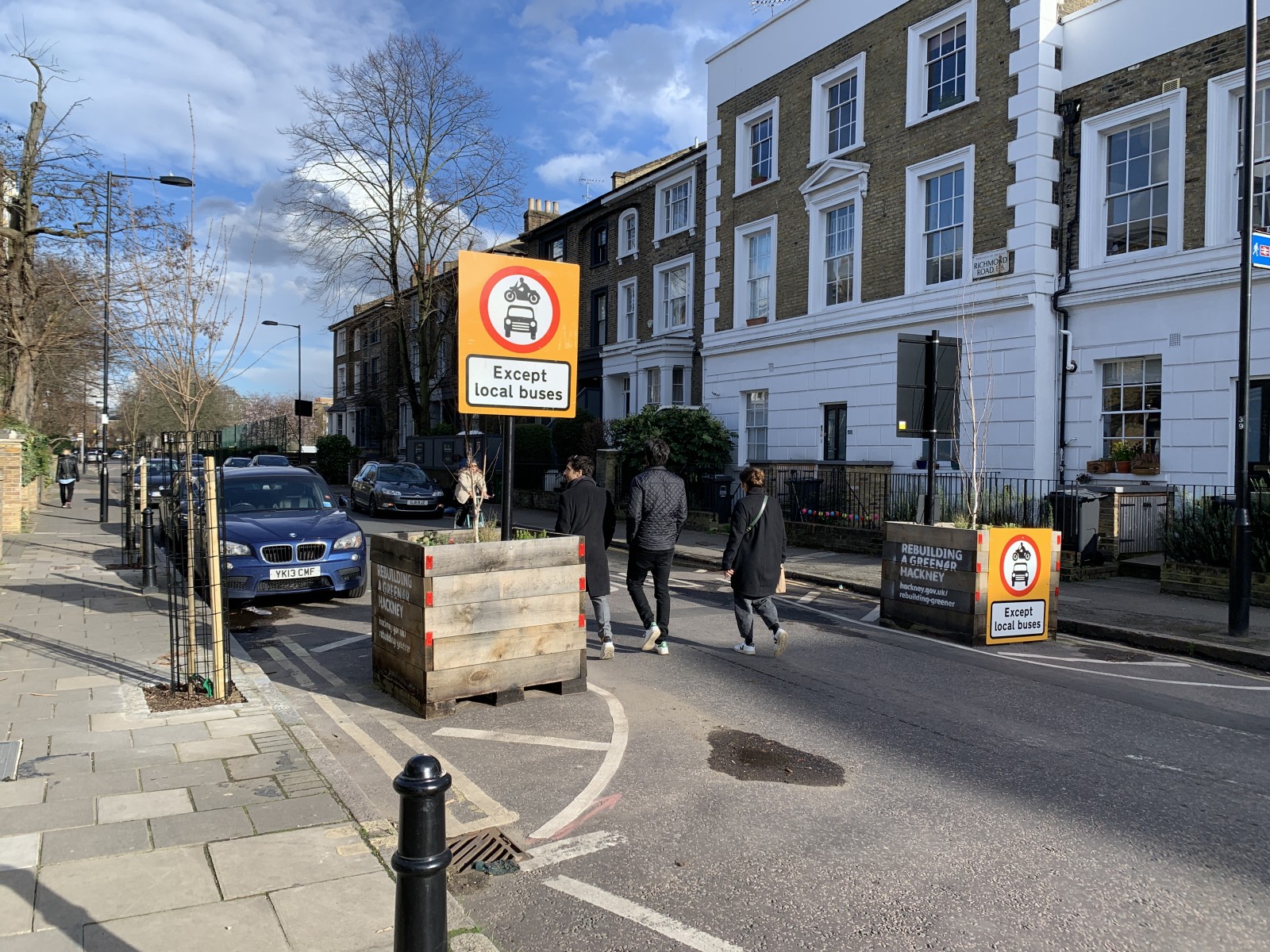 Cross River Partnership (CRP) will use the name and comment provided for the sole purpose of sharing on our Healthy Streets Everyday website. We will securely retain your personal data (first and last name) in our records for the lifetime of the Healthy Streets Everyday website. We will never sell this data, nor share it anywhere other than this website without your consent.

All comments and images are approved by CRP before being added to the respective initiative page. Any comments or images that include profanity or any indication of online harassment will be permanently deleted. Any images submitted remain the sole property of the user. If you are not the owner of the image, please ensure you obtain consent from the owner (as well as any people who are in the image) before submitting.

©2022 Cross River Partnership London web design Red Giant
We use cookies to personalise content, to provide social media features and to analyse our traffic. We also share information about your use of our site with our social media and analytics partners who may combine it with other information that you’ve provided to them or that they’ve collected from your use of their services. OkPrivacy policy